Now that most senior prospects have started their final year of high school, official visits to college campuses are in full swing. Official visits are often the final piece of the puzzle in the recruiting process for prospects. When a coach brings an athlete in on an official visit, they are often beginning to invest more than just time in a prospect. Now they may be spending money to fly the prospect in, put him or her up in a hotel, and provide them meals and entertainment during the stay. Official visits often include lots of time with the current members of the team to see if the other athletes are a good fit and to 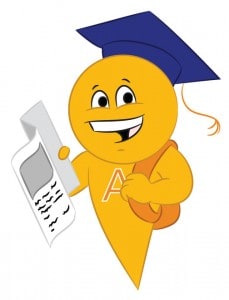 But to get the most out of these visits, prospects need to remember the rules about official visits. It takes planning ahead of time to maximize official visits in the recruiting process.

Getting Eligible for Official Visits

To take an official visit in Division I or Division II, a prospect needs to do the following:

If a prospect has already registered with the Eligibility Center, and sent transcripts and test scores, the school should be able to access them from there. The requirements for what they need to send to a school for an official visit are lower than what the NCAA or a school’s admissions office requires. Test scores can be printouts of the testing agency’s website or on transcripts. The PLAN and PSAT tests are accepted in addition to the ACT and SAT. And transcripts can be unofficial copies.

If you have been actively recruited and official visits have been mentioned, gather up copies of these documents and register with the NCAA Eligibility Center, previously known as the NCAA Clearinghouse. That way you can send the necessary information as soon as the coach invites you on a visit.

Prospects should also keep in mind they are permitted only one visit to each college. Pick a time to visit that will help you gather the most information possible. That means picking the week of a home game to see the atmosphere around the team, or making sure part of the visit falls on a weekday so you can attend a class.

Not All Official Visits Are Equal

An official visit is a visit to a school’s campus where any part of the visit is financed by the school. That means what is provided on an official visit can vary widely from school to school and sport to sport.

In Division I football, men’s and women’s basketball, and baseball, schools are only allowed to provide a certain number of official visits each year. Football is permitted 56, baseball is allowed 25, and basketball is allowed just 12. Men’s basketball must also split visits between seniors and juniors, who may now take official visits starting January 1 of their junior year. Because the schools are limited in how many visits they can provide, any official visit in those sports tends to indicate the coaches are very interested in the prospect.

In other sports, it is the budget, not NCAA rules, that limit official visits. Coaches who need to stretch the budget may not pay for everything during an official visit. One common practice is to ask prospects to pay for the plane ticket, then they cover everything else. Some visits may not last the full 48 hours. And sometimes an official visit simply means the coach bought the prospect lunch. What the coach is willing to pay for can be an indication of how serious your recruitment is. That said, prospects should not dismiss a program that is pinching recruiting dollars, especially if everything else with the program seems top-notch.

One last tip for prospects is to be on the lookout for extra-long visits. Official visits are limited to 48 hours,but coaches may bring the prospect into town the night before and put them up in a hotel without starting the clock. This not only costs more, but the coach also wants to maximize the amount of time on the visit and make sure the prospect is in a good state of mind. If you are lucky enough to have such a visit planned for you, it almost always means you are a top priority for the coaching staff.

Official visits can be some of the best parts of the recruiting process. Prospects get to travel to a campus, experience a bit of college life, and are the center of attention for a couple of days. But while it might seem glamorous, prospects need to remember that the school is putting its best foot forward. And that official visits leave a big impression when you ultimately decide which school to commit to. Use some of these resources to make sure you get the most out of your visits:

Do you have any questions about taking an official visit? Just ask us in the comments section below, or connect with us on Facebook, Twitter, or Google+!