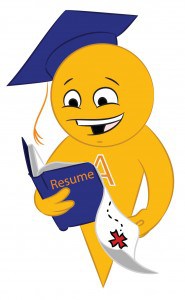 Coaches Are Able to Watch You Play More Often

If an athlete wants a scholarship, they have to find ways to market themselves to coaches. Most of this marketing eventually leads toward getting a coach to come out and watch an athlete play live. However, coaches don’t have as big of a budget for recruiting as most people think they do. Targeting coaches at local and semi-local colleges makes it easier for them to come out and scout you once you have built a relationship with them.

Summer camps can help athletes play in front of coaches as well, and attending local camps costs much less than traveling; athletes should still take the necessary steps to ensure they get the most out of their camp experience though. Whether they travel 10 miles or 1000 miles for a camp, athletes have to establish communication with coaches prior to attending camps, because coaches typically only scout athletes they already know at camps. It will be easier for coaches at these camps to come see you play during the year as well due to your proximity to them.

Unofficial Visits Are Your Secret Weapon

Athletes can benefit by visiting the schools they can afford to drive to as a sophomore or junior. Getting out to these campuses early will help athletes learn what they want from their college experience, but more importantly it allows them to start forming relationships before other out-of-state athletes can afford to take a recruiting trip.

What do you think? Will you or someone you know start looking at local colleges to get an advantage in your recruiting? Let us know in the comments section below, or connect with us on Facebook, Twitter, or Google+!