When most athletes think about preparing for their college recruitment, they picture themselves working harder in the gym or maybe attending showcases and combines so they can have the opportunity to play in front of college coaches and increase their 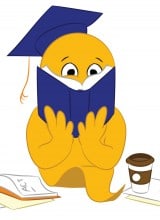 exposure. Many athletes don’t choose to think about helping their recruitment by putting in more time in the classroom, which is exactly what Justin Jackson is doing as he gets closer to his 2014 recruitment.

Jackson is a recruit very different from most high school students, so much so that we feel his athletic and academic goals are worth noting so all potential recruits can strive to reach the same goals. Besides being a top 30 basketball recruit, Jackson is also a home-schooled athlete who spends as much time practicing his game as he does studying for school.

From an early age Jackson understood how to be successful as a student and as an athlete. He has stuck with this mentality which is proven to be the key to his success. You may think Jackson’s story is like other recruits because of his home-schooling and ability to dedicate more time crafting his sport than sitting in a classroom, but this is not the case.

Jackson’s parents choose the home school route due to their son’s advancement in academics. They felt he was not being challenged and needed more do to than the rest of his classmates. Since 4th grade his mother stepped into the role of teacher. And now with the transition to high school his mother has stepped down and his curriculum resembles that of college courses. Jackson’s routine now consists of meeting twice a week with a group of other home schooled high school students to hear lectures and to get the weeks’ worth of assignments. He creates and manages all his own time for studying, and homework.

What You Need to Take Away From Jackson’s Recruitment

Yes, Jackson worked hard to gain the recruiting position he is in, but it’s not the only skill which makes him a stand out. He is practically a college student on his own; as his parents describe he is the one who decides when to study and when to practice. How many athletes are able to effectively budget their time without any assistance/persistence from parents, teachers or coaches? I’m sure there are more exceptions out there, but we are talking about teenagers.

Recruits should duplicate Jackson’s actions to kick-start their own recruitment. Start stepping up to be a positive influence for your teammates and peers. Jackson-inspired leadership will definitely pay off during your recruitment.

If you have any other questions about improving your chances of playing sports in college than leave a comment below or connect with us on Facebook, Twitter and Google+!