Boise State pulled off one of the more impossible feats in college athletics. The Broncos did not complete a string of national championships, go undefeated, or set a record 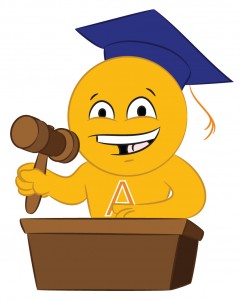 winning streak. All of those are easy compared to getting any sort of victory in an appeal of a major violation.

Not only did Boise State gain a victory, but they did so in a fashion just as surprising as the way they beat Oklahoma: a Statute of Liberty-esque appeal to raw numbers in past cases.

Boise State brought up 10 cases from the past five years where an FBS football team lost scholarships. Here are the schools, the violation, and the scholarship penalty, starting with the most recent (Ohio State and North Carolina were after Boise State filed the appeal):

As the Infractions Appeals Committee points out, Boise State looks like a bit of an outlier. Only two cases involved more serious reductions, USC and New Mexico, and both of those were serious extra benefit cases. And the only football cases that involved more than three scholarships taken away would seem, on their face, to be more serious, involving academic fraud or serious booster violations.

But two individual cases are more important in figuring out how Boise State did what so few other schools have. Specifically, they are the LSU case from above decided just a couple months prior, and a West Virginia case cited by the Committee on Infractions in Boise State’s report.

In the LSU case, essentially the same thing happened that happened to Boise State: a prospect came to campus early to work out and was provided impermissible benefits. There were three key differences though. First, in Boise State’s case, the violations involved more athletes (63 in total). Second, in LSU’s case, the violations involved more direct involvement by a staff member. And third, LSU’s violation included an attempt to get the prospect eligible, rather than just have him in town for workouts over the summer.

It’s hard say one case is clearly worse than the other. Once the violations were discovered, LSU’s compliance office jumped on the problem, while Boise State’s tried something else (just arranging the housing) that turned out to also be impermissible. LSU’s compliance office was commended by the Committee on Infractions with these words:

“Because the compliance office was proactive, fully investigated and cooperated with the enforcement staff to uncover the full range of the violations, the institution is entitled to relief as set forth in Penalty C–2 below (note: length of probation). Further, the committee imposed no additional penalties on the institution.”

It’s hard to compare the LSU cases to the Boise case, weighing the amount of assistance given vs. the number of prospects involved. It’s even hard to compare the penalties. How valuable are initial counters when compared with an overall reduction? But to go deeper, we need look at West Virginia’s men’s soccer violation.

A men’s soccer case involving West Virginia applies because the COI cited it during the Boise State report:

Such a competitive advantage was mentioned earlier in this report in the context of the 2007 West Virginia infractions decision. In that report, the committee wrote that, “… arriving early to campus not only gives prospects a head start on conditioning and practice but it also gives them a head start on acclimating to campus and getting to know teammates.” This competitive advantage warranted additional sanctions as well.

In that West Virginia soccer case from 2007, 12 prospects came to campus early and the coaches arranged for them to stay with current student-athletes for between one and 10 days. Some even played on an outside team coached by the head coach at the time of the case (he was an assistant when the violations occurred). So you have something in between the LSU and BSU cases: multiple prospects involved (but not 60+) and more coach involvement (but not actively trying to get them eligible).

In that case, the Committee on Infractions imposed no scholarship reductions. This despite admonishing WVU in the prelude to the penalties in a similar fashion as Boise State received:

“The committee was particularly concerned that this failure occurred not only in summer 2002 but in summer 2003 as well. This failure occurred despite information provided by the former head coach to the sports supervisor and in supplemental income forms. Further, the committee was concerned that, had compliance staff known of the coaching, it still would have permitted him to do so based on a letter from the USSF and, apparently, without further inquiry. Finally, the committee is troubled by violations resulting from the presence of prospects on campus prior to enrollment. While the university took action in this area, that action was far from complete.”

The only penalties the Committee on Infractions added in this case were the standard two years of probation and adding one year to a self-imposed one year ban on recruiting international prospects.

Back to Boise State

The fact that Boise State suffered what appears to be a more severe penalty than LSU for a roughly similar violation based on a citation to a case that included no scholarship reduction is what the Infractions Appeals Committee meant when they said:

In this case, there appears to be no qualitative distinction in the record that would warrant the extent of the departure from prior precedent that was undertaken by the Committee on Infractions in this case. Therefore, the reduction by nine of football grants-in-aid is excessive.

So what happens now to the Broncos? First, the case is being reconsidered by the Committee on Infractions; the Infractions Appeals Committee did not simply reduce the penalty. Boise State will probably be asked to submit a written response arguing for what they think the penalty should be and the Committee on Infractions will consider it. It is unlikely that the COI would come up with some reason why the nine scholarship reduction is actually legitimate. So expect the final number to be something like four to six scholarships spread over two or three years.

What do you think about the penalty for Boise? Too much? Too little? Let us know in the comment section below, or connect with us on Facebook, Twitter, or Google+!

What is the quiet period?

How does the NCAA define the evaluation of a prospective student-athlete?

When can I sign A National Letter of Intent(NLI)? What is a signing period?

What is the evaluation period?

What is grey shirting?