The Bible for international prospects who want to play college athletics in Division I or Division II is the NCAA Guide to International Academic Standards for Athletics Eligibility. In the guide are the rules the NCAA uses to translate international academic systems to the NCAA initial eligibility 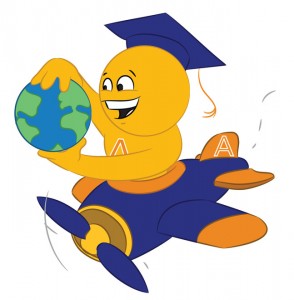 guidelines that are based on the American school system.

The guide is typically updated twice a year, during the winter and during the summer. Updates can include adding new countries, changing grading scales, or changing which documents are accepted for initial eligibility purposes.

The following are changes over the last year. Any prospect who attended any portion of high school outside of the United States should review the guide. Especially those from countries with recent changes.

Kosovo was added with two Category One documents: the Diplomë për Kryerjen E Shkollës së Mesmet të Pergjithshme-Gjimnazit (Diploma of Completion of General Secondary School-Gymnasium) and the Diplomë për Kryerjen e Shkollës së Mesme të Lartë-Gjimnazit (Diploma for Completion of Middle and High School). Category One documents count for both high school graduation and the core curriculum requirement. That means a student who earns one of these diplomas or certificates not only is considered graduated from high school, but also is considered to have passed the 16 core courses. All that is left is to calculate the GPA. All other diplomas are Category Two or Category Three documents (more on those in a minute). Prospects will be considered a transfer student if they were enrolled at either the University of Prishtines or the University of Mitrovica. The grading scale looks like this:

Liberia was added with no Category One documents and only one Category Two document that counts as graduation for eligibility purposes: the Liberia Senior High School Certificate. A prospect who presents a Category Two document is considered to have graduated from high school, but still must show they have completed the 16 core courses. This document is issued by the West African Examinations Council (WAEC) and requires the student to provide the Eligibility Center with information from a WAEC Scratch Card. The Scratch Card is explained below.

Such a problem with translation and transcript errors in Chinese documents has arisen that the NCAA now requires recruits to obtain a China Qualifications Verification (CQV) report. A CQV can be obtained from a number of agencies both in China and abroad, all of whom have been certified by the Chinese government. To obtain the CQV, the student sends the original language and translated documents to the agency who verifies their authenticity and correct translation.

The Hong Kong Diploma of Secondary Education was added as a Category Two document, which means it counts as graduating from high school for eligibility purposes.

Because the IB is taught everywhere in the world, it can be mixed with other curricula. So the NCAA added IB test results as a special type of Category Three document. That means students who took IB exams but did not earn the IB diploma may use those exam results to show they completed core courses and toward their GPA, in combination with other transcripts and certificates.

The Further Education and Training Awards Council Level 5 Certificate was added as a Category Two document, which means it counts as graduating from high school for eligibility purposes. It also counts as completing the core course curriculum if on the transcript it shows five subjects were passed including English, math, physical science, and social science.

The Certifica di Esame di Stato [Classica, Scientifico, Linguistica] or the Certificate of State Examination [Classics, Sciences, Linguistics] was added as a Category One document. That means the certificate counts as both graduation from high school and completion of the NCAA’s core course curriculum.

Recruits from Kenya, which is an exam-based system, now must provide official transcripts as well as their exam results and grade reports.

Students from the following countries will likely need to present a scratch card:

A scratch card is issued by the West African Examinations Council (WAEC) to students who are taking exit examinations in the above countries. The scratch card is used to access online results of the exams. It is called a scratch card because students scratch off an area on the back to reveal a Personal Identification Number (PIN) they use to access their results. Students from those countries who want to use their exams for initial eligibility purposes must send the following information to the NCAA Eligibility Center via email (ec-international@ncaa.org):

These will be used by the NCAA to confirm the results on the documents that recruits send to the Eligibility Center.

The following countries have had changes to their grading scale in the last year:

Prospects who attended school in those countries should check the new grading scale to make sure they understand how grades from their country translate to the 4.0 GPA scale the Eligibility Center uses for certification.

Do you have questions about the new academic standards for international students? We can help! Just leave us a comment in the comments section below, or connect with us on Facebook, Twitter, or Google+!