Back in the good old days that probably never existed, top athletes were thought to be relatively passive in their recruitment. They sat back and worked on their school work and played in high school while coaches did the legwork to recruitment. Coaches showed up at their games, reached out on the phone, visited prospects at home, and invited them on official visits.

Recruiting is in the Hands of the Athlete

Not anymore. Prospects are the drivers in much of their own recruitment now. Early recruitment and more proactive parents and coaches 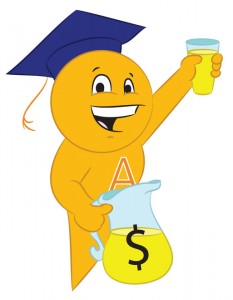 at the prep level have made prospects calling coaches, inviting coaches to watch games, and the unofficial visit as important as their college-initiated counterparts. Getting an early start and taking the lead in recruiting has tremendous advantages for a prospects.

But that initiative costs money. Money is especially important for unofficial visits which must be financed by the prospects. That has lead to advantages for wealthier prospects as well as an opportunity for ne’er-do-wells to gain influence with high profile prospects. The result is an increasing call for the NCAA to ban unofficial visits.

Another Way to Fund Unofficial Visits

But recently, some prospects are finding an alternative funding mechanism. Take for instance Marcus Rose, a football prospect from Fresno who ran an Indiegogo campaign to send him to a camp in Oklahoma (h/t to Joshua Guiher). Indiegogo is a crowd-funding site like Kickstarter, where people post projects that are backed by people interested in them. Indiegogo is less popular but allows for more types of projects, especially one like Rose’s football camp campaign.

Rose’s fundraising campaign used to be against NCAA rules, but is now allowed by Bylaw 12.1.2.1.4.5.1. As long as the funds do not come from an agent, NCAA member institution, or a booster of an NCAA school, athletes can find “sponsors” to help cover the cost of practice and competition in athletics events.

This Type of Fundraising is Currently Not Allowed

As of right now, fundraising for recruiting travel is not permitted. While you could put the same restrictions in, there is a much greater temptation to break those rules for boosters and agents when it means the chance to direct an athlete to a certain school rather than just to finance their athletic development. Allowing for fundraising campaigns without close regulation would be difficult.

Adding large regulatory departments to the NCAA is always tricky because it means increasing the number of things the NCAA does while most everyone agrees the national office is understaffed at what they are required to do already. But this might be an area where it would be worth it in terms of impact on athletes, especially if it means avoiding a ban on unofficial visits which can be a useful and powerful recruiting tool for athletes.

The NCAA could run a fundraising site where athletes could sign up to get recruiting expenses like trips to camps or unofficial visits covered. The best way to do it would be not to allow individual fundraising campaigns, but rather allow individuals to donate collectively to the athletes in the pool. That way money is not directed toward an individual athlete, even if say a recruit considering Kentucky encourages Kentucky fans to contribute.

Prospects would be given the funds for recruiting trips, then required to show the money was spent on recruiting expenses like travel, lodging, and meals. Failure to do so would require the prospect pay the money back and potentially face other penalties when he or she starts school.

You would have a thousand details to iron out like who would be in the pool (could require demonstrating financial need), how many visits the NCAA would finance (3 to 5 seems to be the norm), which sports would be involved (not sure Title IX is an issue, but NCAA may not want to test it), and what the funding is per visit (just the athlete’s expenses vs. including parents as well).

But as long as the NCAA can attract top prospects to the program, it would help cut off this area of third-party influence. Perhaps whacking this mole just causes another to pop-up, but even if that were guaranteed, it is still worth it to level the recruiting playing field even this little bit.

Do you think the NCAA should allow athletes to crowd source some recruiting costs? Let us know in the comments section below, or connect with us on Facebook, Twitter, or Google+!