Most college sports fans are familiar with the University of Oregon’s close relationship with Nike and the benefits that come with their relationship. The Ducks typically bring out trendy new jerseys each season, and the Casanova Center is a state of the art training facility funded by Nike co-founder Phil Knight. Well, Oregon recently unveiled its newest toy- a social media center called the “Quack Cave.”

Imitation is the Finest Form of Flattery

The University of Oregon is the first athletic department to unveil a social media center, making the Ducks once again ahead the trend in college athletics. The Quack Cave allows Oregon’s social media team (comprised mostly of current students) to monitor all of their social media and digital media sites in real time. The social media team monitors Oregon’s Pinterest, YouTube, Facebook, and Twitter pages, which are all hooked up to different flat-screen TVs.

Oregon may be the first to create a state of the art social media headquarters, but they surely won’t be the last. Social media is exploding in college sports and athletic departments must prepare themselves for the change. Fans have unprecedented access to information about their 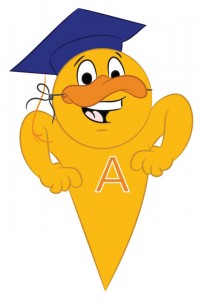 sports teams, and social media provides a great avenue for schools to increase their interaction with already passionate fan bases.

Football is very much a copycat sport, and other athletic departments will take notice of the new Quack Cave. It won’t be long before teams like LSU and Alabama start looking at ways they can increase their presence on social media and do a better job engaging with their fans.

What Else Could it be Used for?

College coaches are increasing their presence on social media channels to help them with recruiting. The Quack Cave could be used to monitor both recruits and current team members to make sure they aren’t doing anything inappropriate. A social media center also allows not only fans, but prospective recruits the ability to constantly communicate with their athletic departments. This will help athletes build good relationships with the teams they want to play for, ultimately leading them to find the best opportunity to play in college.

Now more than ever athletes have to be aware of what they are saying on social media, and what pictures and videos are being posted of them (learn how you can clean up your profiles). This is just the tip of the iceberg; in fact, some colleges are already searching their athletes’ profiles for keywords that may indicate questionable behavior.

What do you think about the new Quack Cave? Is it going to influence college sports and recruiting, or is it a waste of money? Let us know in the comments section below, or connect with us on Facebook, Twitter, or Google+!