Social media, and mostly Twitter, has entrenched itself in the college recruiting world, and it’s only going to continue to dig in deeper. Social media allows information to travel at basically instantaneous speed, which makes it the perfect vehicle for coaches to learn more about 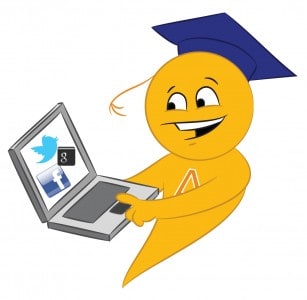 The Hoop Group, a company dedicated to running basketball camps and helping athletes hone their skills and gain exposure to college coaches, recently published an article talking about the three major ways college coaches use social media in recruiting.

They Can Get Important News and Learn About the Top Tournaments

The first way coaches use social media is to educate themselves about current college sports and recruiting news, as well as learn where the best showcase tournaments are going to be held during their evaluation periods. Coaches can easily follow writers and the news outlets that publish information about college sports and recruiting via Twitter. Sports writers represent a very active segment of Twitter users. Coincidentally, sports writers are also one of the sources of recruiting information for college coaches.

Figure out what writers coaches are following, and you can get the same up-t0-date news that coaches receive. This is a great way to learn more about recruiting, and for you to learn what camps and showcases coaches are attending, because we all know that going to a showcase without any coaches in attendance won’t help you get recruited.

Coaches Learn More About Athletes they Want to Recruit

The second reason coaches use Twitter is something we have been very vocal about; coaches use Twitter to learn more about potential athletes they want to recruit. There is no way to say this clearer: if you are tweeting about parties or other inappropriate things, you are taking a huge risk and you ultimately may lose not only a scholarship opportunity, but a walk-on chance as well.

They Can Also Learn About Current Athletes

Finally, coaches use social media to gather information on their current athletes. Think you’re out of the woods once you’ve made it to college? Think again. College coaches are starting to use social media sites to monitor what their athletes are doing.

What do you think about social media in college recruiting? Let us know in the comments section below, or connect with us on Twitter, Facebook, or Google+!