While much of the attention has been focused on other parts of the NCAA’s work following last year’s Presidential Retreat, one of the biggest and most contentious changes will be those coming out of the Rules Working Group. That 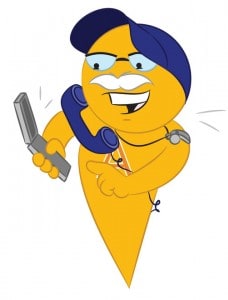 group is tasked with sliming down the 400+ page Division I Manual (even though the manual got a bit of a trim this year by simply printing fewer rules).

Concepts have leaked out but now for the first time we can see the true fruits of the group’s labor with the NCAA’s Publication of Proposed Rules Working Group Legislation. Because the Division I Board of Directors suspended the normal legislative cycle for 2012–13, this is in place of the normal Publication of Proposed Legislation (POPL, pronounced “pop-el”). As you would expect given the group’s charge, there is a lot more strike through (deleted text) than bold and underline (added text).

The headline rules are changes to how coaches may be compensated and removal of many recruiting limits. But one of the more esoteric changes is likely to radically change college athletics, at least in the flagship sports of football and basketball.

To eliminate legislation related to recruiting coordination functions that must be performed by head or assistant coaches.

While that’s short and sweet, it is also completely meaningless unless you know what the recruiting coordination functions are. They are in Bylaw 11.7.1.2, whose time now seems to be very limited:

If you were to rank which rules are broken most often, I would put this right near the top, especially in football. If you asked most non-coaching football staff if they can watch film of a recruit or call a recruit’s coach, they would almost universally say they could. That especially applies to schools with large and sophisticated recruiting operations which heavily involve non-coaching staff.

The proposal would remove this limitation. Noncoaching staff would only be prohibited from being involved in off-campus recruiting. Specifically, that means they would be able to do everything except watch prospects play in person or to visit them at home or school. Every staff member at the school would be permitted to call prospects, send them email, review tape, and host them on visits.

What This Means for Recruiting

Recruiting is always expanding. It is growing more national and moving overseas. It is getting both earlier (recruiting freshmen and sophomores) and getting later (recruiting transfers, especially graduate transfers). And it constantly gets more sophisticated. It is rapidly outstripping the ability of coaches to keep up.

This happened long ago in professional sports and it lead to the development of two separate tracks: coaching and player personnel. One side of the business (lead by the general manager) scouts and acquires talent. The other side of the business (lead by the head coach) works with that talent. The two sides work together on important decisions but in most successful organizations they tend to stay out of each others way in day-to-day operations.

There have been people referred to as “general managers” in college football. But even someone as embedded with a football program as Auburn’s Tim Jackson is more like a director of operations than someone more or less in charge of finding talent for the team. These general manager titles are informal and are a poor description of the job.

That could change if the NCAA, as expected, expands the recruiting activity that noncoaching staff can be involved in. Given that teams are moving in this direction, the transition to directors of player personnel who are fully (and openly) in charge of day-to-day recruiting operations could be quick if not instantaneous in some programs.

The quick transition would be helped by another rule: unlimited phone calls and text messages to recruits starting after their sophomore year in high school. That would mean correspondence with a recruit would not be a precious resource that has to be carefully managed. Recruiting coordinators could call prospects without worrying that they were using an opportunity for the head coach to check in with a recruit.

The potential model of recruiting that develops is very clear. A general manager/director of player personnel will have a staff of recruiting coordinators who do much of the early grunt work in recruiting. They’ll watch film, gauge interest, rank prospects, and evaluate needs. The coaching staff will go see top targets in person, invite prospects on visits, and go see recruits at home or at school. The player personnel staff and the coaching staff will then meet to make decisions and send offers.

That would free coaches from much of the busy work of recruiting and let them focus on coaching their current teams. Player personnel will become the major track for aspiring coaches as well as a career path in its own right. Recruits may see more sophisticated and intense recruiting from a dedicated staff.

The one thing the NCAA could do to keep this from happening is to limit non-coaching staff. That would prevent positions for dedicated recruiters from getting out of control. There might still be recruiting coordinators and general managers, but not staffs of many people. The idea has been discussed but has run into issues of picking a number and determining which positions will count against it. And if the limit is high enough, it might still allow for recruiting departments.

This change will not affect every single program overnight. It will start with football, spread to basketball then potentially become standard practice for other sports like Softball and Track. But it will be a major change regardless of how the NCAA might try to limit it. At the very least, it expands the idea of who is a recruiter while maybe taking a bit of the load off of coaches and compliance offices.

Do you think the NCAA should allow non-coaching staff to recruit players?  Let us know in the comments section below, or connect with us on Facebook, Twitter, or Google+!