CBS Sports is in the middle of a series about the anonymous responses of NCAA Division I men’s basketball coaches to different questions. The series has reached a question that college coaches love more than you might think: what rules they want to see changed? Here 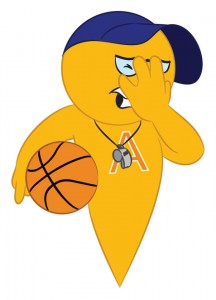 are the NCAA-type rules the coaches wished to see changed and a quick thought on each.

Note that only one of these ideas (transferring without sitting out) was supported by more than 10% of the coaches asked. Matt Norlander chalks this up to how different programs are:

Coaches are in different spots, whether it be their team of employment, the conference they reside in, their standing in the coaching tree (head coach, assistant), etc. So with so many experiences, a difference of opinion is natural.

If they Could Change One Rule, What Would it Be?

CBS asked each coach to pick one rule. The thing is, if you asked each men’s basketball coach to list the top ten rules they wanted changed, each would have a list like this. Even individual coaches are not clear on whether they want more regulation or less, much less when you get them together in a group.

This is a situation unique to college basketball. In football, it seems most coaches might want a little bit more freedom, but understand the grind of college football and are a bit glad that recruiting is so structured. In other sports, coaches generally fall into one of two camps. Either they see the same problems in football and men’s basketball in their sport and want more regulation or they see none of those problems and want the rules rolled back even further.

Should Basketball Recruiting be More or Less Like Football?

The result is that men’s basketball coaches have not articulated a vision for what men’s basketball should look like. Should it be like football, with an extremely regimented recruiting structure, specific practice rules, and tight staffing limits? Or should it be more like other sports with a wide-open recruiting calendar, free access to student-athletes, and the ability to hire anyone?

Because right now, men’s basketball coaches have the best of both worlds. They get tighter limits on off-campus recruiting, but a less restrictive recruiting calendar. They are restricted from hiring individuals and also signing prospects connected with those people, but get earlier official visits and can fly parents out as well. Men’s basketball coaches don’t have to worry about tracking who called which prospects, how many days prior to the start of the season practice starts, and get to workout with athletes during the summer.

Men’s basketball coaches and the NABC need a platform. Not just an issue of the day to go after, but a comprehensive set of ideas about how men’s basketball should be regulated. And those ideas need to fit together. You cannot have things like unlimited phone calls but no text messages, for instance. Beyond just one area, the recruiting model needs to fit with the financial aid limits which needs to fit with the practice regulations, and so on.

If this does not happen, then men’s basketball rules will continue to be driven by the other people feeling the pain of the rules: college presidents, athletic directors, and most importantly, compliance officers. Note that two of those are not feeling the day-to-day pain of men’s basketball coaches and the other (compliance) is involved in a much different way than coaches. But if coaches allow these groups to set the rules, they have no one to blame but themselves.

What rules would you change in basketball recruiting? Let us know in the comments section below, or connect with us on Facebook, Twitter, or Google+!