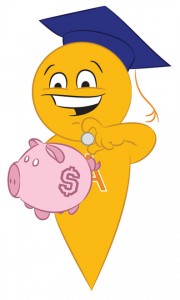 and can be attractive to some prospects, but normally scholarships drive the discussion.

Whether you can get financial aid or even whether you can get an athletic scholarship is much more complex than simply whether the team has an athletic scholarship available for you when you happen to graduate from high school. For no programs is this more important right now than the Penn State and Southern California football teams. Not to mention recruits who still aspire to play for those programs.

So this article is focused on football teams facing scholarship limitations, but much of it applies to any athlete in a Division I school or a Division II school.

Counters are normally any student-athlete who receives an athletic scholarship, partial or full. But in sports like football and basketball, counters also include any student-athlete who was recruited and who receives financial aid from the school. This is to prevent abuse by schools who might have “walk-ons” who were recruited then given “non-athletic” scholarships from the financial aid office.

In NCAA-speak, recruited does not mean what it normally means. A prospect is recruited for financial aid purposes if one of the following things happens:

Because of this definition, there’s a lot of recruiting that can happen without a prospect being considered “recruited”:

So if a school you’d like to play for has no scholarships available and simply walking on is not an option, how can you find a way onto the team? There’s a number of ways, both athletically and nonathletically related.

If an athlete is recruited and plays football or basketball, he or she may not receive institutional financial aid without becoming a counter and counting against the scholarship limits. Outside aid like federal Pell grants or state grants would be allowed, but the athlete could not receive any of the need and even academic aid a school offers.

To be a recruited athlete but still meet the definition of nonrecruited, athletes should focus their recruiting efforts with the coaching staff around phone calls and unofficial visits. If you let the coaching staff know you are interested in walking on provided you can get other aid, they will be careful to not change your status as recruited vs. nonrecruited. Also apply early and get your financial aid information like the FAFSA to the school as soon as possible to maximize the amount of aid you are eligible for.

In general, prospects must take a coach at his or her word that they will be put on scholarship. However a prospect can ask for more certainty by signing a scholarship for a future year. Say you are being recruited for 2013–14. Once the signing period starts or once you arrive on campus, you could sign a scholarship for 2014–15, 2015–16 or any year within your eligibility. And with the new rules allowing multiyear scholarships, you could sign for all those future years. Remember in football or basketball, this would make you recruited, so be careful if you were planning on using other types of aid for the years you will walk on.

Counting in the Future

In football, an athlete generally counts as an initial counter in the academic year he first receives an athletic scholarship. The biggest exception is for midyear enrollees, where the school typically has some flexibility to push the initial counter back to the following year. But there is a rarer exception that could help athletes enrolling at any time.

An athlete can be put on scholarship and not be counted as an initial counter until the following year if:

These are not dirty tricks or cheating and athletes and schools should not think of them that way. They are ways to allow athletes to participate on the teams they want and still get help paying for their education even though a team has hit the scholarship limit for a certain year. And they are open to be used by schools like Penn State and USC who are facing scholarship reductions. If being a recruited scholarship athlete who signs a National Letter of Intent and gets his or her name in the paper is not that important to you, it opens up a number of options you should be ready to discuss with coaches.

Do you have questions about whether you are considered a recruited athlete or not? Let us know if the comments section below, or connect with us on Facebook, Twitter, or Google+!