A lot of things can change during a prospect’s recruitment, but for a long time one of the givens was the year an athlete would finish high school and start college. The occasional recruit would have academic issues and need to go to prep school. A few football players every year would graduate and enroll a semester early for spring ball. But for the most part, athletes were part of one recruiting class and one recruiting class only. 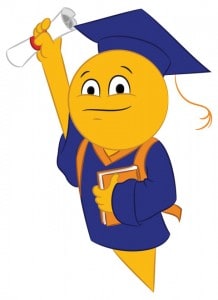 Times have changed. A combination of factors including kids specializing earlier in one sport, the growth of nontraditional education in high schools, earlier commitments, and more sophisticated ways of doling out financial aid have made which class an athlete is in much fuzzier.

Reclassifying is becoming commonplace enough that athletes need to be reminded about how big of a decision it is. When athletes decide to reclassify, they are refusing to follow the path that many NCAA rules are built around. Extra care is needed to make sure they still follow those rules.

The most important academic consideration when reclassifying is the NCAA’s core-curriculum time limitation, from Bylaw 14.3.1.2.1:

This generally means that a prospect must have finished the NCAA’s 16 require core courses by the time he or she finishes high school. A prospect’s GPA is also more or less locked in based on classes completed before graduation.

There is one exception. An athlete may take up to one core course after graduation, provided he or she graduates on time and completes the extra credit within one year. That could be one year of a course or one semester each of two courses. Athletes who do not graduate on time are not allowed to use this exception.

If an athlete graduates early, then they may use the one additional course exception, but the one-year time period starts when the athlete graduates, not the graduation date for the class. If the two dates are different, the NCAA counts the earlier date.

Note that Division II does not have this requirement. Athletes can use any courses completed prior to starting college to become a Division II qualifier.

While some athletes reclassify for academic reasons, more and more changes in when they graduate and enroll in college are for athletic reasons. Athletes want to enroll a semester early and acclimate to college; enrolling a year early or later has advantages in the recruiting process.

Critical to keep in mind is the NCAA’s delayed enrollment rule from Bylaw 14.2.3.2. Once athletes graduate from high school, the NCAA requires them to enroll in college within one year following high school graduation. If after a year, an athlete still has not enrolled in college and continues to compete in his or her sport, two things happen:

As an example, say a golfer graduates from high school, then takes two years to try and make it as a professional (but maintains his amateur status). After not making it on the tour, he enrolls in college. He would need to sit out his first year, after which he would only have three seasons to play. Tennis athletes have even less time to enroll. Their grace period is only six months, or basically one semester.

Like the academic rules, the NCAA uses the earlier of the expected graduation date or an athlete’s actual graduation date. So if an athlete graduates high school in three years, he or she does not get an additional year to delay enrollment. If athletes have to repeat a year of high school, then play a year at a prep school, they are in the same situation as the golfer above.

If you think you might reclassify, you need to keep more things in mind than the average recruit.

IMPORTANT ADDITION. We have a new article about how to reclassify here.

Are you considering reclassification and have questions about it? Ask us in the comments section below, or connect with us on Facebook, Twitter, or Google+!