Recruiting is most often associated with college athletics, but recruiting is an activity performed all over a college campus. Schools are trying to attract superstar professors. Journals are fighting to grab the best articles. And labs are 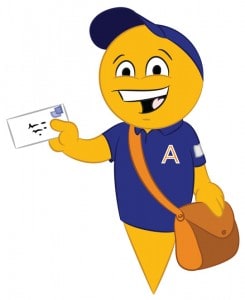 working to get research projects and grants.

The All-around Competition  is More Challenging

Economic pressures have made the competition for students, not just student-athletes, much more vigorous for the admissions office. As support from legislatures dwindles and the cost of college rises, schools are looking for any students able to pay full tuition. Combine that with more sophisticated methods of meeting diversity targets for enrollment, and admissions is no longer sitting around waiting for applications.

That means more effort is going into attracting students of all types. But as Sean Devlin of Front Rush points out, there is very little coordination between admissions and athletics:

“Coaches are collecting highly qualified data on recruits that any admissions officer could use for their own recruiting initiatives. An athlete may fall short in their athletic ability and may not be a fit for their respective sport, but at the same time that does not mean that they are not a fit for the university as a whole. The university could benefit greatly by having access to that vital recruit information. Similarly, if the recruit is a fit for the team and the university, the combined efforts of the coach and admissions officer could help improve the probability of actually recruiting that athlete. Then from a coaches perspective, they could leverage admissions data to help focus their efforts. For example, it would be great if a coach knew immediately when a recruit’s academic status changed from applied to accepted.  Certainly there are technological challenges with sharing information between athletics and admissions. But more important is the culture of distrust between admissions and the athletic department.”

The athletic department sees admissions as a hurdle to allowing coaches to recruit who they want. With the rise of national eligibility standards for freshmen, an admissions department enforcing higher standards seems like a unnecessary second step. The relationship with fans and alumni can be tense as well, especially when an eligible freshman is not admitted.

Admissions sees athletics as potentially usurping their authority and bringing in athletes not prepared to be successful at the school. To an admissions office, NCAA standards are a baseline only, and might not reflect what it takes to do well at an individual school.

This relationship is not always antagonistic and many athletic departments have a good relationship with the admissions office. But it is never entirely comfortable, and both sides always hold a little back. It also only takes a couple bad experiences for a coach or admissions official to get a bad taste and start digging in for fights regularly.

Generally, it will be good for prospects if athletics and admissions start working closer together. It will mean fewer places to send information, faster admissions decisions, and better updates along the way about the progress of an application. Fewer athletes will end up with a surprising admission decision late in the recruiting process.

It is not without negatives though. The biggest issue will be when a school has an admissions and financial aid office that work very closely together and use the same set of information. If admissions (and thus financial aid) know who the athletes being recruited are, it could cause financial aid to become wary about awarding financial aid to athletes. This is because of NCAA rules requiring that financial aid be awarded without regard to athletics or it becomes countable as an athletic scholarship.

Second, remember that the athlete is often the only person who will have a complete set of information. It is up to the prospect to keep track of what was sent to the athletic department, the admissions office, and the Eligibility Center. Everyone has their own deadlines or wants recruits to get tasks done as soon as possible, so it’s up to recruits to prioritize and keep everything organized.

Do you still have questions about the relationship between coaches and the admissions office? Just ask us in the comment section below, or connect with us on Facebook, Twitter, or Google+!