Once you have an understanding about how the NCAA’s Academic Progress Rate, or APR is calculated, you can better 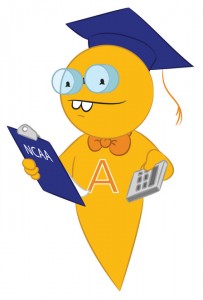 understand what an APR score is when you dig into it, and what it tells you about the past and present situation at a school.

Figuring out the APR Situation

Start by looking up a school’s multi-year APR. That number tells you something, but not enough. First off, APRs typically have a one-year lag time. The most recent APR released was from the 2010–2011 school year and the 2011–2012 school year is already over.

More importantly, the next APR will drop the oldest of the four years and replace it with the most recent. This is why you must also look up a school’s single year APRs, which are in the head coach database.

You want to note a few things about the multi-year and single year APR scores:

When looking at the trend of single year APR scores, look at how much they are fluctuating. A single bad year might be a fluke. But if the APR is regularly fluctuating between very high scores and very low scores, there might be something else going on.

What’s Behind the APR Score

Once you’ve looked into the score itself, start to look at what might have caused any issues. Was there a coaching change recently? Were players dismissed for disciplinary reasons? Were a number of athletes ineligible for a semester?

You probably can’t get to the bottom of every issue with an APR score. But you can get a better idea of whether the issue had more to do with eligibility or retention. From there, you can begin a discussion with the coaching staff.

Asking About the APR

When discussing a team’s APR with the coach, the goal is to get some additional information about the team’s score. If there were a number of transfers one year, was there a reason? If there was a coaching change, have things settled down?

The other important topic, especially if an APR score is being weighed down by eligibility issues, is what changes the team and the athletic department have instituted. One thing to look for is a commitment by the coaching staff to be involved rather than just more academic resources. Student-athletes with coaches who emphasize academics are more likely to graduate.

When a Problem Is Not a Problem

There are times when an APR score is deceiving because older low scores are bringing down the average. If an APR seems low but the low single year scores are about to be dropped and there was a good explanation for them, there might not be an issue.

On the other hand, higher scores can temporarily mask an APR on a downward trend. As higher scores are dropped, the team may need to post equal or better scores to avoid penalties. That can lead to pressure on student-athletes to enroll in certain majors or restrictions on athletes who want to transfer if they do not qualify for exceptions.

Like who the coach is, what formation or system a team uses, and what the dorms look like, APR is just one piece of information athletes should take into account when selecting a college. Use it not only as a characteristic of a school but also as a place to start a discussion about academics with a coach. Above all, know the situation, good or bad, before you make a decision. It is much easier to know beforehand and make a decision than to change your mind after your team is facing penalties.

Do you have questions about what the APR means for you? Just ask us in the comment section below, or connect with us on Facebook, Twitter, or Google+!