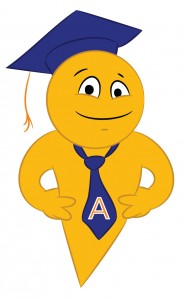 Everything says Roscoe Smith, who transferred from UConn to UNLV, should not get a waiver to play immediately this year. The case seems so open and shut that UConn is unhappy the waiver was even filed and would be furious if it was granted. But UNLV has an argument and it is one so good that maybe Smith should get the waiver, and the rule should be changed.

The discussion about UNLV’s waiver application begins with Bylaw 14.8.2-(e), which allows for a waiver of the one-year residency requirement under the following conditions:

The NCAA has standards for many of its waivers. Most of them are contained in guidelines published by the individual committees that oversee the different waiver processes. In this case though, one of the requirements of the waiver is published in the actual bylaw. Think of it like the difference between an agency making a rule and Congress passing a law. It is much harder to make exceptions to the latter than the former.

The reason UNLV and Smith still have a prayer is due to the changes to the APR penalties. In the old days, a postseason ban only happened after the third year of poor APR scores. But now, postseason bans can happen the first time the APR dips below the line. Sure, a number of poor individual years may have led to that year, but the fact is that a school may be on no penalty list one year and banned from the postseason the next.

Sports with small APR cohorts (ones with low scholarship limits and headcount sports other than football) could also be heavily impacted by a single bad year or two. Men’s basketball is one of the best examples of a sport where a school could go from a solid score to out of the postseason in over the course of one or two years.

How New Doesn’t Go With Old

The best way to show how this waiver might no longer work is to contrast it with the waiver for schools banned from the postseason by the Committee on Infractions for a major violation. It is highly unlikely that a school which suffers a postseason ban will be hit with another postseason ban immediately following the first one. So a sophomore at USC in 2010 more or less knew the situation: wait out two years at USC or transfer and sit out completely for one year.

By contrast, it is entirely possible that a team will continue to miss the postseason for consecutive years under the new APR regime. Imagine our rising sophomore now at UConn. He decides to stay at UConn and miss the tournament this year rather than sit out completely. But UConn might be banned from the postseason again next year, and our athlete would still not qualify for the waiver.

Given the one year lag in APR scores, at the time a school is banned from the postseason for one year (say 2012–13), it will have a pretty good idea how likely a ban is for the following year (2013–14). But student-athletes are unlikely to know that since the numbers will not be made public until a year later.

And until the fall semester starts, the APR is not set in stone. A junior student-athlete could transfer, ask for a waiver because of a postseason ban for 2012–13, and have it denied. But then a rash of late transfers, disciplinary problems, or a bad summer school term could cause the APR to drop from an expected good score to one that keeps the team out of the postseason for another year.

To make the situation even more confusing, the outcome of a waiver based on the APR score has an effect on the APR. If a school losses a transfer who receives a waiver due to APR penalties, they can request an adjustment to the following year’s APR. Alex Oriakhi, for instance, will likely not lose points for UConn. Michael Bradley likely will after his waiver was denied, and Roscoe Smith is still up in the air.

As angry as UConn might be at UNLV’s waiver application, UConn stands to gain something if it is approved. And we have a crazy scenario where if Smith’s waiver is denied, it makes it more likely that UConn will miss the postseason again in 2013–14, which means Smith is more deserving of a waiver.

There needs to be some semblance of order to transfers when a team is not allowed in the postseason, so that an APR score below 930 does not instantly mean a team will be raided. But, the process needs to account for the rolling and less certain nature of APR penalties.

First, a student-athlete should have to have earned all eligibility points so far in his or her career. If you’re part of the APR issue at a school, you should not get the benefit of a waiver to transfer.

Second, student-athletes with two seasons of eligibility remaining should be granted a waiver of the residency requirement. That gives a more realistic shot at postseason competition and will hopefully curb athletes simply looking to latch on to the team with the best shot at getting to the tournament and take more into consideration before selecting a transfer destination.

Finally, if a school is banned from the postseason at all, student-athletes who normally cannot use the one-time transfer exception (football, basketball, baseball, men’s hockey) should be allowed to. That exception requires the original school to approve it, so to make that more likely, an adjustment should be offered to schools so they do not deny transfer exceptions just to protect an already shaky APR score.

As for Roscoe Smith, he is another in a long line of student-athletes that present a case where it would be easier to just change the rules than to approve a waiver just this once. Approving Smith’s waiver without updating the rules would make it open season every time a team is banned from the postseason. If the waiver is approved, it will be a long, hard decision for the Committee on Academic performance and should be followed immediately by plans to make that decision easier in the future.