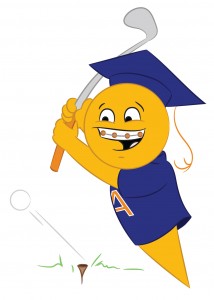 The NCAA has strict guidelines defining an athlete’s amateur status. If an athlete violates any of them, they are in jeopardy of becoming ineligible to compete at the NCAA level. 17-year-old amateur Beau Hossler’s competition in the 2012 US Open at Olympic Club gives us a great case study on the fine line between amateurs and pros.

Hossler was in contention to win golf’s 2012 US Open at Olympic Club through the first 3 days and 72 holes. Sunday proved challenging for Hossler, and ultimately he ended up finishing tied for 29th (which sounds worse than it really was, on a ridiculously difficult course), having to pass on $53,000 in prize money per United States Golf Association rules. The USGA does not allow amateur athletes to accept prize money; instead the money goes back into the pot and is redistributed to the pros. But, for most of the weekend it looked like Hossler would be passing up on a huge six-figure pay day.

Hossler, who is committed to the University of Texas after he finishes his upcoming senior year, captivated the US Open crowds all weekend. He wasn’t the youngest amateur to play, that award goes to 14 year old Andy Zhang, who missed the cut and did not make it to weekend play. Hossler wasn’t the top amateur this weekend either; that was18-year-old Jordan Spieth, after Hossler double bogeyed on the 18th hole on Sunday. Hossler did manage to win the crowd and become a fan favorite, almost instantly.

The question is- will Hossler be tempted by fame, fortune, and glory, and attempt to turn pro? If Hossler earned a tour card, he wouldn’t have to return any of the money he earned in future events. For a while it looked like his finish at the 2012 US Open would have netted him anywhere between $200,000 and $1.4 million, if he wasn’t an amateur. That would mean, of course, that he would have to turn down his scholarship offer at the University of Texas due to the NCAA’s strict amateur rules.

The NCAA Will Review Your Amateur Status in These 9 Areas

As a potential collegiate student-athlete, you must be aware of these guidelines, because if you violate any of them, you may lose the opportunity to compete at the collegiate level. The prize money an athlete wins may not exceed the cost of competing in a tournament. In Hossler’s case, any prize money he could have won would have made him ineligible to compete at the NCAA level.

If you were Beau, would you try to continue down the pro road, or take the opportunity at University of Texas to compete in the NCAA and gain invaluable experience before later attempting to turn pro? Let us know in the comment section below, or connect with us on Facebook, Twitter, or Google+!