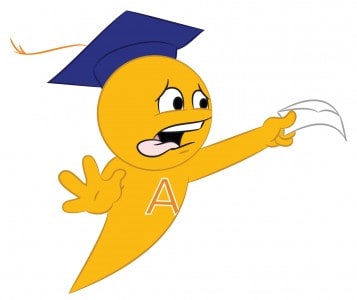 NCAA eligibility is a complex subject, and most athletes do not realize they start losing eligibility just one year after they graduate high school. Make sure you fully understand the rules for your sport before you decide to delay your college enrollment.

How Much Eligibility Do I Start With?

You get five years to compete in four. The fifth year is called a red-shirt year. Red-shirting allows you to take a year of competition off for many different reasons but permits you to compete athletically in four years. Athletes use their red-shirt year to heal from injuries, catch up on academics, let athletes ahead of them on the depth chart graduate, among many other reasons.

For all NCAA Division I sports (except men’s ice hockey and skiing and men’s and women’s tennis), athletes are given a one-year grace period before they start losing eligibility. One year after your high school graduation, the NCAA can take away a year of competition for every year you continue to play organized sports.

If you play division I men’s hockey or skiing, your grace period is longer than that of other athletes. You are allowed to delay your college enrollment until your 21st birthday. Every 12 months you continue to play after your 21st birthday, you will lose a season of competition. In men’s and women’s tennis, the grace period is shortened to just six months after your high school graduation.

All NCAA Division II sports give you a one-year grace period. There are no exceptions to the rules for division II.

What if I don’t Play Sports After High School—Can They Still Take Away My Eligibility?

You may not lose any eligibility if you don’t continue to play sports after high school, but it is extremely difficult to get recruited if you aren’t playing competitively. The NCAA has strict guidelines for determining what organized competition is, and almost anything short of a pickup game can hurt your eligibility. The bottom line is not playing to save eligibility will not help you.

What Are My Other Options?

You still have the one-year grace period, so make sure that if you do use it, then you are using it to get better at your sport and connect with college coaches. After you graduate high school, you can take a year to play at a prep school; this is known as postgraduate studies. Junior college is another option. You may not have full eligibility by the time you transfer to a four-year college, but at least you will be competing in your sport and starting your college education. You will also be playing at a higher level, which looks great in NCAA coaches’ eyes.

NCAA eligibility can be hard to understand, so make sure to ask us your questions in the comments section below! You can also connect with us on Facebook, Twitter, or Google+!