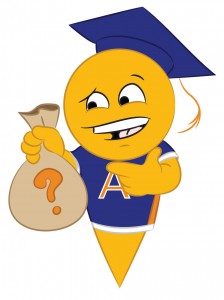 A Brief Background of the New Ruling

Why is This Bad For Athletes?

Initially, most schools will not be able to offer athletes a scholarship for multiple years. The ones that could are the schools with major football programs (think SEC, along with a few Big 10, PAC 12, and Big 12 teams). The reason these schools can offer multi-year scholarships is because they can handle the large financial burden that will be placed on the school. Instead of the risk of offering an athlete a one-year deal, the risk can now be up to four times as large. Most athletic departments do not make a profit. This would begin to open up a sizeable recruiting advantage for the schools initially able to offer multi-year deals. Other schools would then have to play catch-up, and begin to either cut costs or increase revenue, with the former being much more likely.

Where Will Schools Cut Costs?

If colleges and universities want to cut costs, they will need to shut down other athletic programs not considered to be revenue sports (revenue sports being football and basketball). This means anything from baseball and softball programs, to track and field, to swimming and diving, can be cut to help pay for multiple year scholarships for football and basketball players. Since majority of athletes out there are not football or basketball players that are going to a BCS automatic qualifying conference (Pac 12, Big 12, ACC, Big East, Big 10 and SEC), multi-year scholarships will likely have a negative effect on you because it will limit the number of opportunities you have.

Why Some Major Schools are Against the New Rule

If multi-year deals were an advantage for the top athletic programs, you would think all the top schools would be in favor, right? That is not the case. Schools like Texas and Oklahoma have come out against the new rule. They feel that if an athlete is offered a deal that covers all of their college years, they will lose incentive to work hard and compete year in and year out. Mack Brown, the had coach of the Texas Longhorns’ football team, claims that unless an athlete gets arrested, stops performing in the classroom, or stops working hard on the field, they will get their scholarship renewed.

What do you think? How will multi-year scholarships change an athlete’s motivation? Are they ultimately good or bad for college sports?