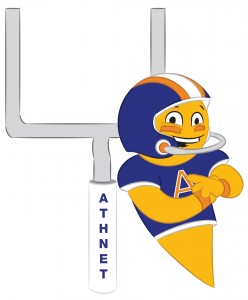 Kickers and Punters are no longer forgotten aspects of a football team. Although they may not receive as much recognition as the quarterback, often times the outcome of a game relies heavily or directly on their leg. If you’re not a believer, take into consideration Louisiana State University punter Brad Wing whose leg helped propel LSU to the national title game. Leaping into the professional levels, the New York Giants made it the Super Bowl twice on the leg of Lawrence Tines while the Baltimore Ravens missed their chance on the leg of their kicker Billy Cundiff. As a potential college football prospect it’s important you understand what it takes to get to the next level.

Chart and Evaluate Your Progress

Today’s kickers and punters need to have an understanding of their skill beyond stating they can kick field goals 15/17 times or punt the ball inside the 20 yard line 10/12 times. Becoming a better specialist takes dedication; dedication includes writing and charting every kick made in practice. Where did you make the field goal from (yardage, hash)? Where did the ball cross the uprights (left, right, middle)? Was it long or short, by how much? How far did the punt travel? How long was the hang time? Did it spiral or travel end over end? Was it a punt designed to pin an opponent? Was the pin successful? Charting each kick will allow you to give yourself daily, weekly, and monthly ratios on a number of different criteria helping to measure your worth as a kicker.

Camps are important for every aspect of college recruiting but large kicking camps are especially important for potential college kickers. College coaches don’t recruit kickers and punters like they do other positions. If a coach needs a top rated specialist they seek the results and reviews given out by kicking camps like Prokicker, Kohl’s, and others. For kickers wanting to get a fair look their way it’s very important to start attending these camps earlier than later. Keep in mind, attending these camps won’t guarantee anything but could provide a competitive advantage if handled properly.

Work Out and Stay Loose

Kickers and punters by nature are pretty flexible athletes and should work towards staying that way. Make sure you are doing the proper workouts focusing on your lower body and core for explosion and stabilization. Jump squats and front squats, along with calf exercises will aid in the explosion kickers and punters need to be successful.

There’s a special bond formed between specialists. As someone hoping to be a college football prospect spend a little extra time building chemistry with your teammates. The relationship between a kicker, punter, & long snapper is similar to that of a quarterback and his receivers; each one of you should know the reaction the others will give when a play doesn’t go correctly, 100% trust is required. The level of anticipation that builds through chemistry often separates the good from the great, the high school specialist from a college specialist.

Do you have questions about how to get recruited? Leave them in the comments below or connect on Facebook, Twitter, or Google+!