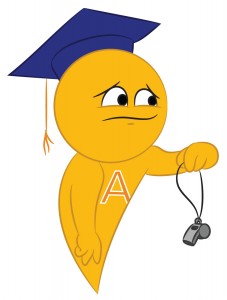 The NCAA and NAIA have specific rules regarding how and when coaches can begin actively recruiting players. Coaches at the NCAA D1 level cannot begin recruiting/contacting players until the summer before their senior year. Coaches at the NCAA D2 level have to wait until the summer before an athlete’s junior year (this rule just changed; it used to be the same as D1). Coaches at NCAA DIII and NAIA levels can contact athletes much earlier but generally do not have the recruiting budgets to launch any significant recruiting efforts.

Coaches Don’t Wait Until Your Senior Year to Recruit You

This leaves thousands of athletes and families starting the recruiting process by going to camps, joining expensive travel teams, and paying for personal trainers with the idea they are going to be hearing from colleges come their senior year. The facts are if an NCAA D1 coach or program wants to let a recruit know they are interested in them before the contact period begins, they will find a way.

These rules are in place to avoid the situation where top recruits get inundated with phone calls, texts, e-mails, and mail from the top programs. News flash to the NCAA: top recruits get inundated with phone calls, e-mails, texts, and mail way before coaches can actually begin contacting them. All these rules do is force the communication between recruits and coaches behind closed doors. These rules have far more negative consequences than positive.

One of my favorite NCAA coaches’ blogs happens to be CoachThurmond.tumblr.com. He is the head men’s golf coach at the University of Washington. As Coach often says, you can “ask him anything,” and he provides free public responses to difficult recruiting questions.

Unfortunately, Coach Thurmond has to remind his readers he is handcuffed on what questions and whose questions he can answer. This is because his blog responses could be considered communication with a recruit before the contact period or public acknowledgment of recruitment—both illegal under the NCAA rules. These types of situations push recruits and families to seek answers from third parties or, worse yet, to get no answer.

I do my best to answer as many recruiting questions as possible. No matter how much I do to establish myself as an authority, families will always want to hear from coaches over me (even though many times we are saying the same thing). Coaches should be allowed to communicate with athletes starting in high school, saving the third parties and misinformation.

Do you have questions? I’d love to hear from you. Leave them in the comments section below or connect with us on Facebook, Twitter, or Google+!