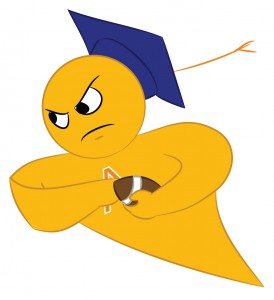 High school athletes are led to believe that their stats and athletic achievements are the only things that college coaches look for when recruiting athletes. They couldn’t be more wrong. In addition to athletics, coaches also want to see a dedicated student and, most importantly, strong character.

Students who successfully participate in sports are usually well-rounded individuals. Their experience in being able to balance a student’s and an athlete’s schedule demonstrates responsibility and organizational skills. These are just a couple of characteristics that coaches look for in their recruits.

College student athletes wear many hats throughout their time spent at school. In addition to being students and athletes, they are much more. They serve as representatives of the university and role models. They are also teammates and potential employees after graduation. In order to be successful at all of these different aspects, these student athletes need to have good character.

As a College Athlete, You Become a Representative of the University that You Play For

Athletes are more visible to the public than other students and therefore can come under more scrutiny. No matter what sport you play, by being an athlete, you have made yourself more available to the community. In order to project a good image of yourself and the university, you have to demonstrate good character—staying dedicated to your team, avoiding drugs and alcohol, and doing well in school. Coaches are not interested in athletes who are going to jeopardize the team’s chances of doing well and put the university’s image at risk on a recruit who could cause potential problems.

By being a representative of the university, you also are serving as a role model to your teammates, other students, and people in the community. Because of the popularity of college athletics, you get put onto a platform by being a part of a team. Whether you are at practice, a competition, or just out at a restaurant, you are being seen by people in the surrounding community. With families and kids who interact with you and your teammates by coming to support you, you need to be able to demonstrate good character by not making an idiot of yourself and your school.

Also think about how your actions and success in college will affect your ability to get a job after graduation. People know that student athletes are hard workers and dedicated by nature. But if your college experience is marked by poor academics or suspensions or anything else of that nature, you are going to look less and less favorable to a potential employer. Earning your college degree isn’t enough; you have to be able to demonstrate your strong character.

Being a teammate is a very important part of being a student athlete. You have committed yourself to the team, which means the other players rely on you to do your part, just like you rely on them to do theirs. In order to be there for your team, you have to practice with them and train with them. You also need to keep your grades up. You do not want to become academically ineligible and let down your team by not being able to play. Being dedicated to your team and teammates demonstrates that you acknowledge your responsibility to the team and strong moral character by being a part of it.

Do you think you have the right character to be a college athlete and get a scholarship? Let us know why in the comments section below or on Facebook, Twitter, or Google+!